7 Things You Didn’t Know About The Settlement Home History 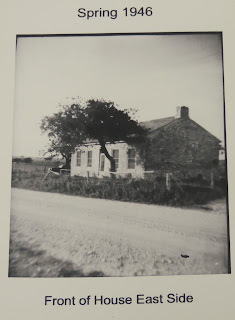 1.       We’ve been around for 100 years.
Founded in 1916 by a group of Austin women deeply committed to children, The Settlement Home has changed throughout the years to meet the needs of the community.
2.       We started as a daycare.
Originally serving as a day nursery for the children of working mothers during World War I, then as an orphanage, The Settlement Home now serves youth, young adults and their families with histories of abuse and neglect.
Today we are able to provide a continuum of care through all of our programs, including therapy for children and families, in addition to unique educational and recreational opportunities for our youth. The Settlement Home has a multi-disciplinary treatment team of credentialed therapists, experienced staff, academic tutors, devoted volunteers, and reputable consultants in psychiatry and psychology. Our goal in working with those we serve is to help them trust themselves and others, gain a sense of purpose and direction for their lives, and ultimately end the cycle of child abuse.
3.       The Settlement Club started the local Junior League chapter.
The founding members were so dedicated to the altruistic work of helping others in need that this philosophy became part of the foundation which has guided The Settlement Club over the decades. In the 1920’s, the members of The Settlement Club petitioned the National Junior Leagues to found The Junior League of Austin, which officially started in 1934.
4.       We’ve had an adoption program for 10 years.
In collaboration with The Junior League of Austin, the Settlement Home hired its first social worker the same year. Our programs and services have been paramount ever since. Our adoption program started in 2006 and we celebrated our 76th consummated adoption in June 2015, providing “forever families” to our children.
5.       Our members helped start the local United Way.
Some of our accomplishments over the past 99 years are reflective of our rich history and longstanding presence in Austin. As well as working to help the children entrusted to our care, throughout our history The Settlement Club has had an impact in the broader Central Texas community. During World War I, members of the club gave of their energy not only to the home but also to the performance of auxiliary war work, as club projects. It was at this time the Welfare Council, later known as the Community Chest, was organized, with the Settlement Club as one of its constituent members. In the 1960’s, Austin’s Community Chest became known as United Way.
6.       We’ve got a University of Texas Charter School on our campus.
In the early 2000s, we completed a major campus renovation, which included constructing an Education Building. In conjunction with the University of Texas, the charter school is an on-campus alternative for our children who are unable to function in a public school setting.
7.       We sit on 10 acres in the middle of Austin.
In the 1960s, The Junior League of Austin and the Hogg Foundation provided funds for The Settlement Home to hire its first full-time Executive Director. As we celebrated our 50th anniversary, the membership purchased 10.13 acres on Payton Gin Road to establish our current campus.
8.       We have a scholarship program for our alumni who have aged out of the system.

In 2010, the Hope for Tomorrow Scholarship Fund was developed to provide financial assistance for college, trade school or other accredited vocational programs to Settlement Home alumni. Twenty-five Settlement Home alumni have been recipients of this scholarship fund since its inception, four of whom have received their college diplomas as a result.