We were thrilled to receive a check from the Texas Stars Foundation on Saturday! The check for $5,000 was presented to us on the ice during the game. Our RTC Director, Brandi, was there to represent us. 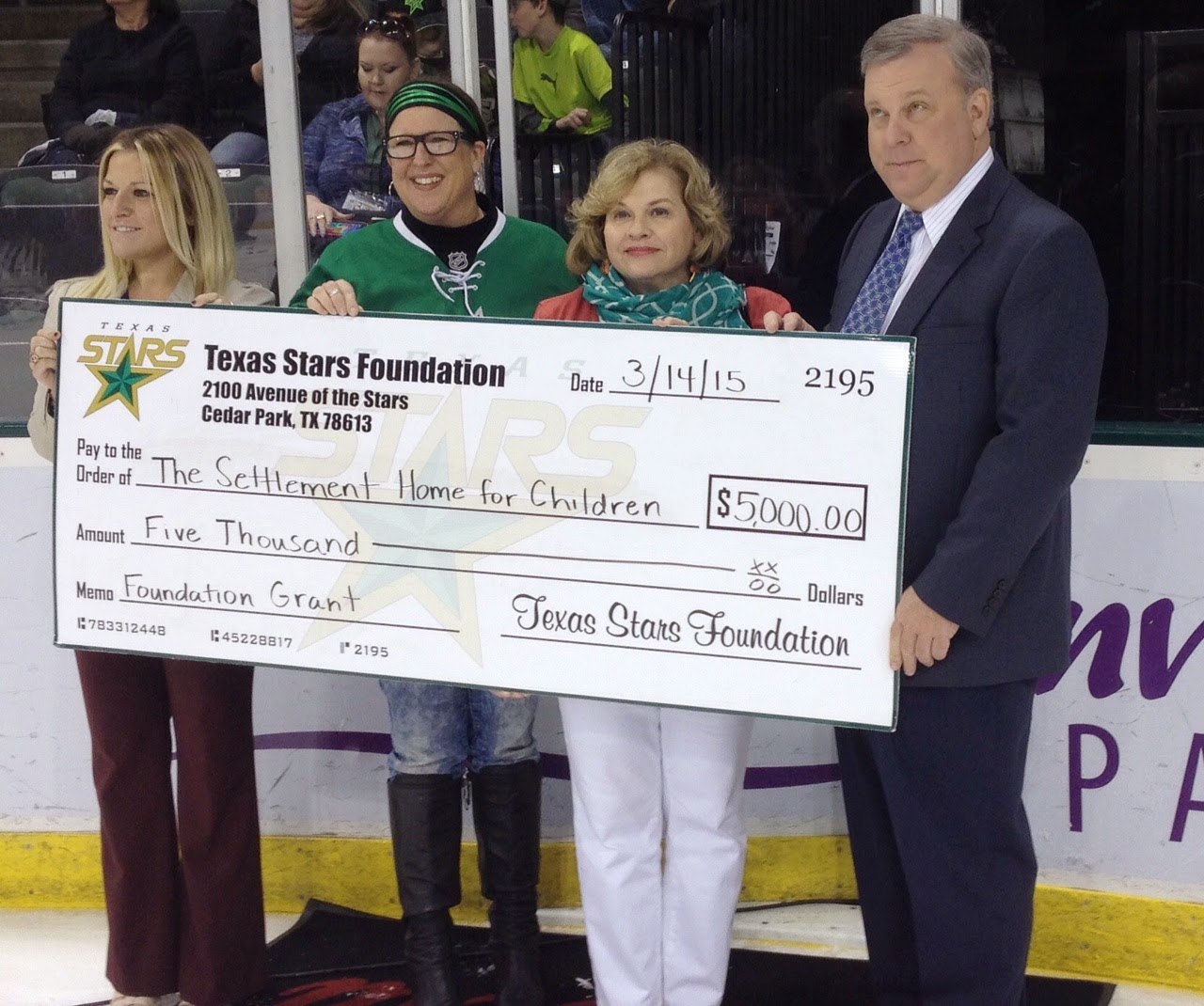