The Settlement Home in the Seventies 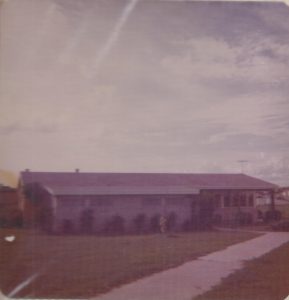 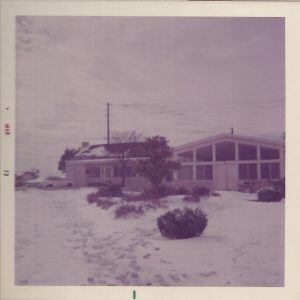 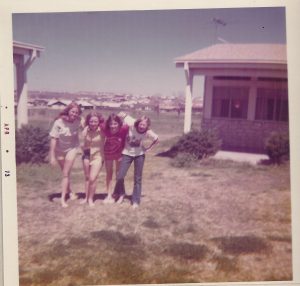 Janet was a resident at The Settlement Home in the early 1970s. I had the chance to sit down with her recently to hear about her time in our care. She is a really interesting woman and has lots of stories about living here. I hope you enjoy reading about our conversation!

We have shared on social media that The Settlement Club purchased our ten-acre property in the 1960s. At that time, the property was considered “out in the boondocks” and Club members were advised against making the purchase. They did not heed that advice, and thank goodness for that! Our beautiful property has evolved in the last 50 years and has been home to countless children and young adults. By the time Janet moved here in 1971, we had three residential cottages on the campus. Two housed young men, and one housed young women. The residents were a close and social bunch that, Janet said, held each other accountable. Most considered it a privilege to live at The Settlement Home.

In the 1970s, the voting age was lowered to 18; the Vietnam War ended after 20 years; All in the Family and M*A*S*H* premiered on TV; the first American space station was launched; and Gerald Ford became the President after Nixon resigned. This excerpt from “To Grow in Love and Grace: A History of The Settlement Club’s First Century” sets the scene for The Settlement Home and The Settlement Club during that time.

It was a time when culturally, the nation worked to absorb the social changes which had occurred in the sixties. Young people struggled against the established order. Drug experimentation and resistance to authority increased. Divorce become more common, as did nontraditional families. The older generation and the younger generation found little common ground.

Settlement Club members also struggled to clarify The Home program in terms that fit members’ hearts and heads. Gone were the days of younger children whose families needed temporary support. Now the Home had the challenge of helping adolescents who frequently had no families and who bored the scars of years of abuse and neglect. Club members, rooted in the desire to aid children regardless of how difficult the task, plunged into the job wholeheartedly but with little understanding of what lay ahead.

Many changes had to be made now that The Home was focused on troubled teenagers and was moving from basic care to providing residential treatment, and there were few examples to follow. The Home needed to supply all of the basics plus additional supervision for adolescents with more severe behavioral problems and emotional needs. For this reason, as a licensed residential treatment center, The Home was required to provide sufficient staffing for 24-hour coverage. Licensed professional staff trained to deal with behavioral and mental health issues also became part of the team. The treatment goal for The Home was to support positive changes in the residents’ behavior so that they could return to a less restrictive setting, perhaps to their family, to a foster home or to a basic care facility.

The care that The Settlement Club took to provide more than just basic needs emanated from their interactions with residents. Many took on surrogate parent roles for residents and became lifelong mentors and supporters. For Janet, that lifelong supporter was Martha. Janet had many exciting and unique experiences with the Club member. Martha once took Janet on a private jet to Houston to see the swearing in of Attorney General John Hill, and they took a limo to The Downtown Club to eat.

Janet visited the chambers at the State Supreme Court and sat in the chair of Chief Justice Joe Greenhill. She said that she also visited Martha’s house at Christmas and she remembered being treated as if she were one of Martha’s own children. Janet and Martha kept in touch even after Janet moved on, went to college, got married and had children.

Janet’s trips with her mentor were not the only memorable trips she took while she was living at The Settlement Home as a teenager. She recalls taking many road trips. One trip in particular stood out. Residents and their houseparents drove straight to the Grand Canyon, sometimes stopping to camp in places they were not allowed. She recalls making a huge trash can full of trail mix for everyone to eat as a snack on the long drive.

“The Home was the best thing for me,”

“The board members gave a darn,” Janet recalls. “They were not just there to donate money.”

Club members were fierce advocates for the needs of the children in their care. Scarbrough’s was Austin’s major downtown department store for almost a century. Janet remembers Mrs. Scarbrough opening the doors to residents each year to get a winter coat. They were told not to look at the price tags but to get what they wanted. This generosity was not uncommon in a growing Austin.

As Janet and I walked around The Home, she pointed out where the houseparents used to sunbathe before many of the current buildings were built. She told me about staying up all night making a mess in the kitchen baking cakes. They would load the cakes up in the back of a station wagon and sell them in the Balcones neighborhood to pay for school activities. Janet remembered the owner of a new burger joint down the street inviting residents to give him suggestions for burgers he should add to his menu. Janet grew up riding horses, and said that a Settlement Club member opened her home and allowed Janet to ride on one of her horses.

As our visit came to a close, I wished I could sit and talk with her for days to hear about how things have changed since then. I hope you enjoy the pictures she shared with me. It sounds like many things have remained steadfast in that time. The Settlement Club has continued to provide for The Settlement Home, and every day, we make a difference in the lives of the children and young adults in our care. I don’t think anything could sum it up better than what Janet shared with me, so I will leave you with that:

“This place was a bright spot. Everyone cared —the cook, the other houseparents, The Club. Everyone. I knew they weren’t going to give up on me.” 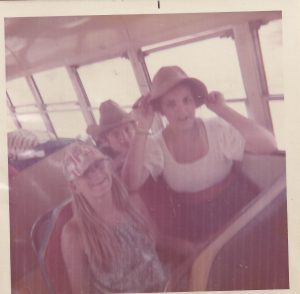 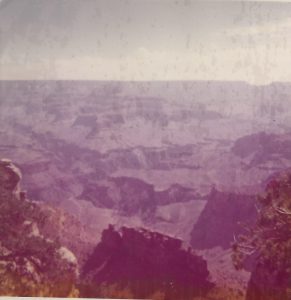 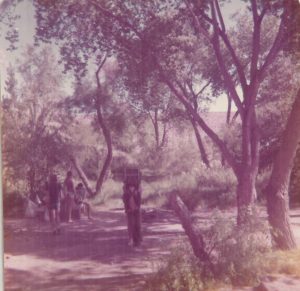